You are using an outdated browser

Please upgrade your browser to improve your experience and security.

The Netherlands is full of green deserts. By sowing herbs and flowers on farmlands, this Dutch tea company is tackling the biodiversity crisis.

Local tea that restores soil, boosts biodiversity and inspires farmers to work together with nature: this Dutch tea brand is truly making a difference.

Most sustainable companies aren’t per se beneficial for the Earth. By reducing their waste, using responsible resources or choosing green energy, they simply inflict less damage on the planet. To truly make a positive ecological impact, purpose entrepreneurs Daan van Diepen and Matthijs Westerwoudt have adopted a completely different approach. With every cup you drink of Ptthee – their regenerative and local Dutch tea brand – you’re actively restoring nature and biodiversity in the Netherlands.

When it comes down to biodiversity in Europe, the Netherlands dangles at the bottom of the list. “Most people associate landscape degradation with the rapid desertification in Spain”, Daan says. “But over 25 percent of the Dutch land area consists of monocultures of grass. Because of these green deserts, we’re confronted with serious ecological challenges.”

No life without insects

The lack of biodiversity makes it almost impossible for insects to find food. This doesn’t only compromise the vitality of natural ecosystems, but it also endangers our own food production. Daan: “Insects are the pollinators of our crops. Without bees, we simply cannot grow things like tomatoes or aubergines. Therefore, to survive, the human species directly depends on biodiversity.”

By sowing strips of native flowers and herbs on the lands of farmers, Ptthee creates more living space for insects, restores degraded soil and reintroduces nature to farms. “The great thing is that the impact of the strips already becomes visible in the first year”, Daan says. “Within a few months after sowing, the bees, butterflies, rabbits and birds return to their homelands.”

In addition to benefiting nature, the ecological progress Ptthee creates also fills Dutch farmers with purpose and inspiration. “Many farmers would like to farm more nature-inclusively, but don’t know where to start”, Daan explains. “The strips are an accessible first step that motivate them to do more.” 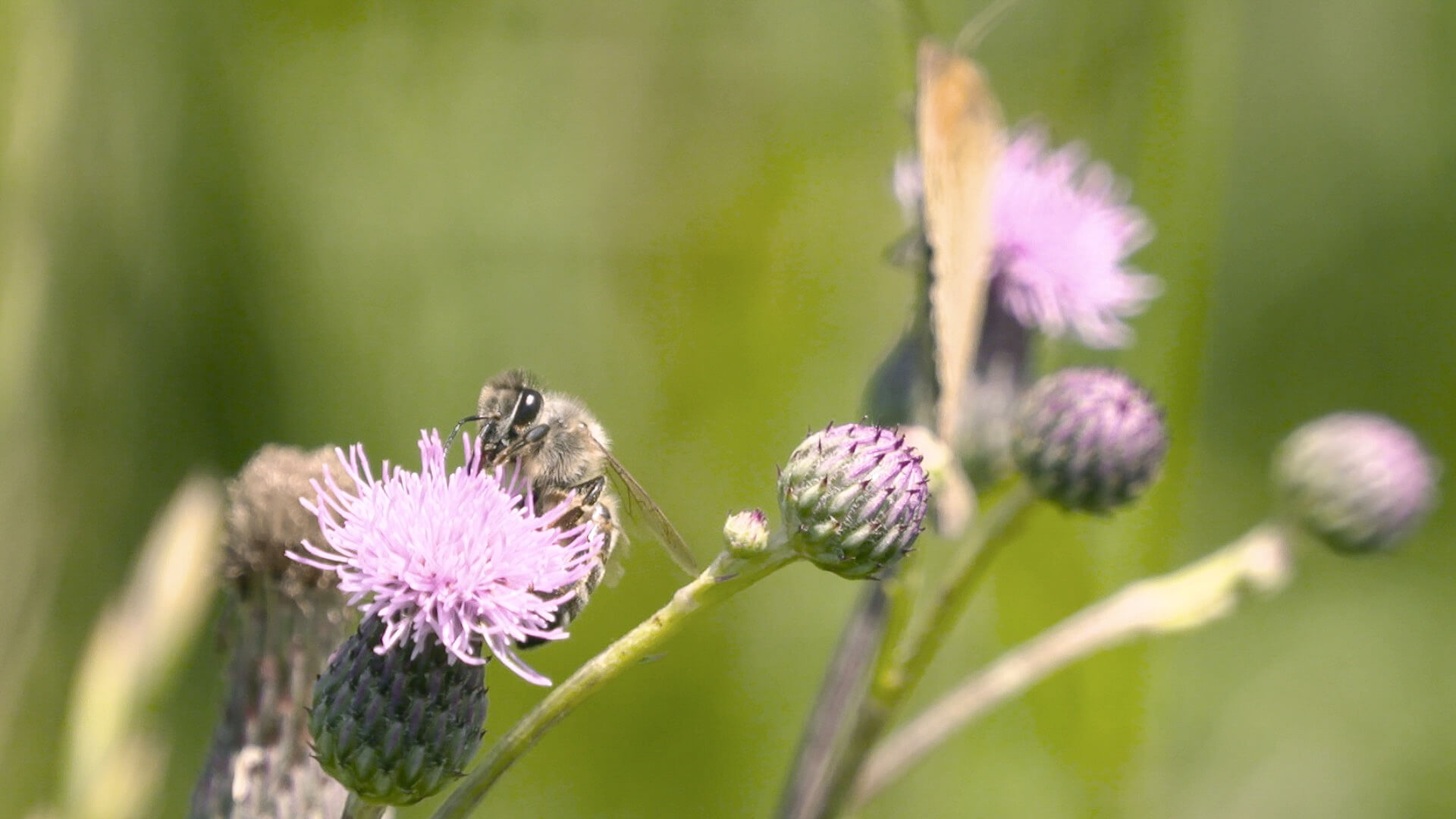 To increase their positive impact, over the next few years Ptthee wants to grow substantially. “At the moment, we’re not able to produce all of our tea ourselves, which is why part of our product comes from France and Germany”, Daan says. “By selling more tea, we can sow more flowers and herbs, which will enable us to become 100 percent Dutch within the next two years. And of course, we would like to become the new Pickwick as soon as possible.”

According to Daan, nothing is more fulfilling than restoring ecosystems whilst working together with nature. “There’s 3 billion years of knowledge enclosed in nature about how we can best do things. If you turn those principles into a business model, you can make a real difference. Besides, working this way makes you incredibly happy. It’s something I would like to continue to do for the rest of my life.” 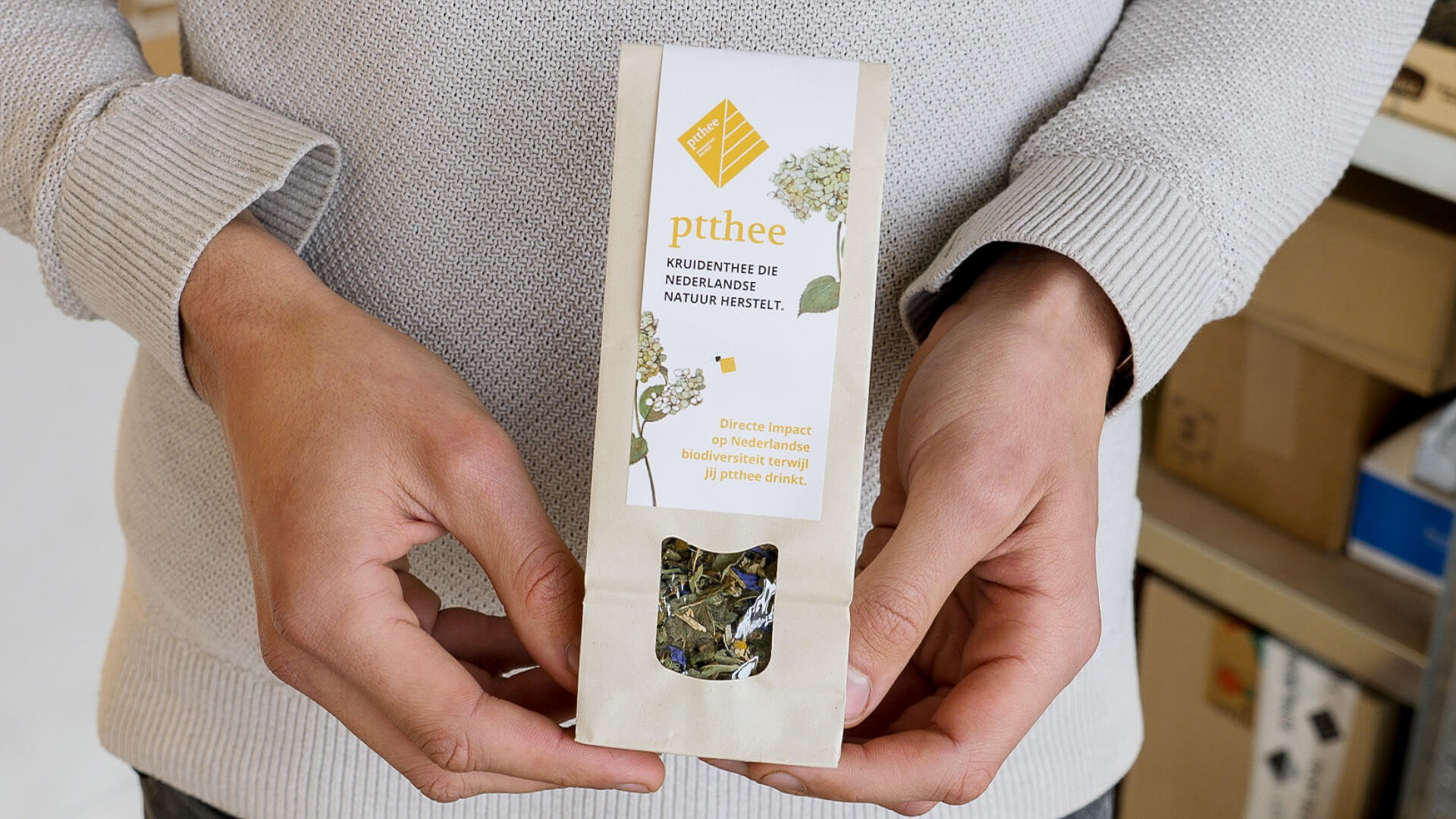 Ready for more inspiration? Check out this sea farm that purifies water and captures CO2 with seaweed!

We’ve created this story together with MaatschapWij and BrightVibes: two kick-ass inspiration platforms. 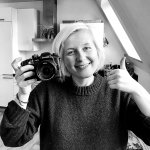